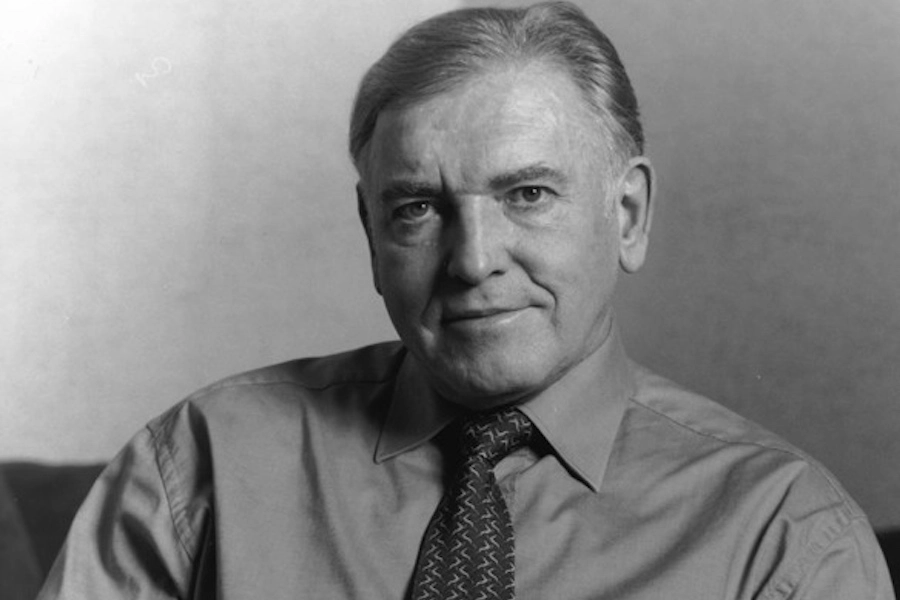 The ESOT community is deeply saddened by the passing of Jean-Michel Dubernard. He was a fantastic mentor, regularly referring to the younger surgeons and physicians of his team as his “children”.
A true visionary, he was also the co-founder (alongside Henri Kreis) and organiser of the Hesperis course, before it became a reality. To celebrate his contributions to the transplant community, Prof. Dubernard was awarded the ESOT honorary membership during the Barcelona congress in 2017.

He will be deeply missed by all of us.

Jean Michel Dubernard  (Max to his friends) passed away on July 11, 2021. He was on vacation with his wife Camille and some of his grandchildren. His death was sudden and unexpected.

His exemplary life leaves us to reflect on life in general, and what a surgeon can do for a suffering patient.

He was a pioneer with an innate sense of innovation. Transgression of dogmatic ideas was one on his leading lines of thought. He wanted to push the limits… and to extend the world of the possible.

As a child, he was fascinated by the concept of transplantation, from the first kidney graft on Marius Renard in 1952 in Paris. Dream became reality a few years later with the simultaneous start of transplantation programs in Paris and in Boston. He moved to Boston as a research fellow where he spent 3 years with Dr. Joseph Murray, the transplantation pioneer who was later awarded a Nobel Prize. There, he worked on an islet transplantation project in rodents and familiarized himself with the very first immunosuppression induction treatments. His masters and peers became the pioneers who spread transplantation techniques throughout the world .

Back in Lyon, he joined the burgeoning transplantation program  mentored by Jules Traeger, a nephrologist who was at that time conducting research with Charles Mérieux on anti-lymphocyte globulin. Very early he started an experimental research program on heterografts in primates. A few years later, as diabetic patients with renal insufficiency were increasing in number, he started one of the first pancreas transplant programs in Europe. Considering the initial failure of whole organ transplantation in Minneapolis in 1972, he imagined to tackle the problem with a simple segmental graft, with intraductal injection of Neoprene, that would block exocrine secretions, thus transforming a dual-function organ into a single endocrine gland. He set up a surgical and research team with a young surgeon named Xavier Martin who was 12 years his junior, establishing a collaboration and friendship that would last for more than 43 years. The rather simple preparation technique of the graft was a booster for pancreatic transplantation programs to start again all over the world, in Minneapolis, Munich, Milan, Birmingham and several other institutions. The advent of new powerful immunosuppressive drugs such as Ciclosporin A allowed them to revisit new pancreas transplantation techniques . He organized in Lyon the very first international meeting on pancreas transplantation in 1979, where the the International Pancreas Transplant Registry (IPTR) was created with his good friend David Sutherland. This laid the foundation for founding of the International Pancreas and Islet Transplant Association (IPITA) and the organization of the 3rd Congress of IPITA in Lyon in 1991. The last IPITA meeting was organized in Lyon in 2019 by Xavier Martin, Lionel Badet, Emmanuel Morelon and Thierry Berney under his honorary presidency. He was on the founding board of many other scientific societies, including ESOT and the International  Microsurgical Society. He was President of many of them.

In parallel, he organized a urologic department that became a leading international group in new technologies, such as shock wave lithotripsy, endoscopy and of prostate cancer treatment with high intensity focused ultrasound (HIFU). At the University of Lyon, he introduced  microsurgery techniques  brought from Sydney by Earl Owen, with whom he would later organize the hand transplantation program.

It may seem that Max Dubernard has led several parallel lives: in the late eighties, he got involved in politics and became Deputy Mayor of Lyon. He was elected for almost 20 years to the Assemblée Nationale (French Congress). This new area of activity didn’t stop him from thinking about an ambitious project : transplantation of composite tissues. His friendship with Earl Owen, a specialist of limb replantation and microsurgery in Sydney, lead him to develop the hand transplantation project. The first case was a patient from New Zealand. Surgery was performed with the help of an international team including Marco Lanzetta and Nadey Hakim. Although unsuccessful due to non-adherence to immunosuppressive treatment, this first experience became the basis for a new program of bilateral hand transplantation. It led to success in 2000 with the first graft on Denis Chatelier, with more than 20 years of success in recovery of function. The multidisciplinary team set up for this project continued as a new means of cooperation between surgeons and neuroscientists, leading to breakthrough discoveries in the field of neuroscience, such as the plasticity of brain connections.

This success of composite tissue transplantation also opened the path to other transplants in the world, such as joints, abdominal wall and larynx among others. He created the International Composite Tissue Transplantation Society with the help of Palmina Petruzzo. Later, in 2005, he had a leading role in the first face transplant that was performed in Amiens by Bernard Devauchelle and Sylvie Testelin. The Lyon group had indeed shown pioneering skills and expertise in the management of composite tissue transplant patients, with a team including nephro-immunologists, pathologists, rehabilitation care, psychiatry and nursing care, and Bernard Devauchelle was therefore happy to leverage this experience and initiate this exemplary collaboration.

During his entire career Max was a team builder, finding the right people, putting them in charge, mentoring them with his extraordinary sense of confidence and endless enthusiasm. He always referred to the “rugby team spirit”, a sport he had practiced in his youth and where he allegedly received his “Max” nickname. He was a mentor and a teacher and was the founder, together with Henri Kreis, of the Hesperis Course, a fantastic lectures cycle, in which new generations of transplant surgeons and physicians were taught by the European leaders in the field.

Max was a visionary and was always looking for some new application in the field of surgery and technology. He was a prolific scientist, and the author of more than 400 scientific papers. He received numerous awards for his monumental achievements, such as the Honorary ESOT Membership Award in 2017, the Lillehei Lecture Award from IPITA in 2103, and the prestigious Medawar Prize of The Transplant Society  in 2008.

Perhaps most importantly, Max had a very deep sense of humanity and loyalty in his relationships and with his friends. He was always keen to maintain his numerous friendships almost everywhere in the world.

Transplant numbers in Italy back to pre-pandemic. In Bologna highest numbers of the last decade. Great results of the transplant coordinators network, of surgeons commitment and, most of all, of the love of donor families. @CAmarelli74 @sito_trapianti @ESOTtransplant #giftoflife https://twitter.com/cntrapianti/status/1483372667721986048

What can YOU do to reduce the spread of #COVID19?

Get vaccinated! 💉💪
Wear a #FaceMask 😷
Keep your distance 🧍↔️🧍
Wash your hands 🧼🚰
Cough/sneeze into a tissue 🤧🧻
Ventilate the room 💨🏠

We are all in this together - remember - no one is safe until all of us are safe.