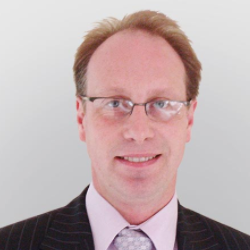 Professor Steve White graduated from the University of Leicester Medical School in 1992. He then spent two years doing research in pancreatic islet cell transplantation for which he was awarded a Doctor of Medicine higher degree. He was part of the team that did the first islet transplants in the UK and now has an international reputation in this area and is the only person from the UK who sits on the European Pancreatic and Islet Transplant Association Council (EPITA). He has also won numerous national and international awards for research with over 200 publications and was awarded a personal chair in HPB and Transplantation Surgery from the University of Newcastle in 2011. He was the Moynihan Travel fellow of the Association of Surgeons of Great Britain and Ireland, Travel Fellow of the Association of Laparoscopic Surgeons of Great Britain and Ireland as well as recipient of the Royal College of Surgeons New York inc fellowship which allowed training in The Sloane Kettering Cancer Centre New York (Prof Blumgart), The Mayo Clinic Rochester, The Johns Hopkins Baltimore and The University of Minnesota (Prof David Sutherland). He also spent a two year fellowship in the Leeds Liver Unit.