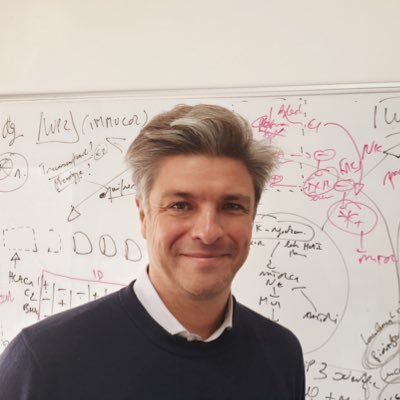 Olivier Thaunat is a Professor in Nephrology and Clinical Immunology from University Claude Bernard (Lyon, France)

He obtained his MD in renal medicine from the University Pierre et Marie Curie (Paris, France) in 2004. He specialised in Transplant Immunology and obtained a PhD in Immunology in 2008 for his work elucidating the role of lymphoid neogenesis in chronic rejection. Between 2009 and 2011 he was a postdoc fellow in the Lymphocyte Interaction Lab in London Research Institute (UK), where he described asymmetric segregation of antigen in dividing B cells. Since 2012 he hold a tenure position in the Department of Nephrology, Transplantation and Clinical Immunology of Edouard Herriot Hospital in Lyon (France) and he is the head of a research group at the INSERM U1111 aiming at Establishing new Strategies to Prevent Rejection In Transplantation (ESPRIT).

He was elected councillor for ESOT in 2015, and he is current the ESOT Treasurer. He is president of the scientific committee of the French speaking society of transplantation from 2016.

Prof Thaunat wrote 90 articles in peer-reviewed journals, book chapters and monographs, and received national and international prizes, including the Young Investigator Award from the European Society for Organ Transplantation (2009).