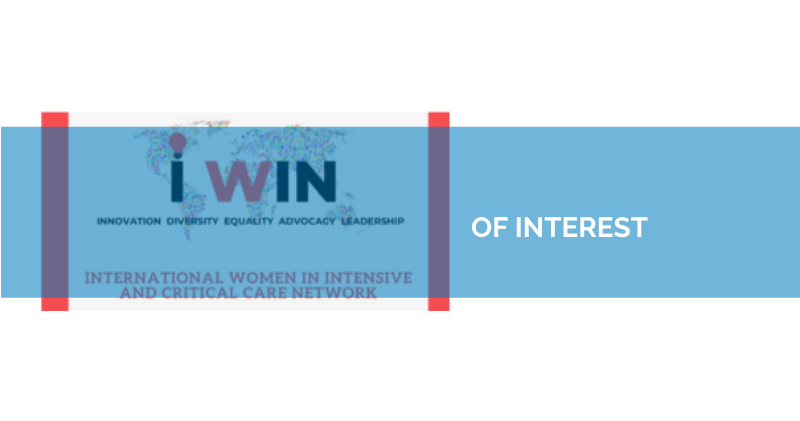 The International Women in Intensive and Critical Care Network (iWIN) is a hub for worldwide research and innovation. iWIN was founded to address the issues of gender equality, and to connect international groups facing similar challenges. As the first international hub of its kind iWIN interacts with its global membership using group surveys, consensus projects, workshops, video conferencing, webinars and blogs. There is also an annual conference allowing physical high level networking and team building.

In a world still ravaged by Covid 19 iWIN has identified three major challenges for 2021: in Education, Research and the Systems supporting critical care. iWIN advocates for all women in medicine to feel welcome, safe, supported and respected in these disciplines, and for girls to realise their aspirations. iWIN creates the path for them to do so.